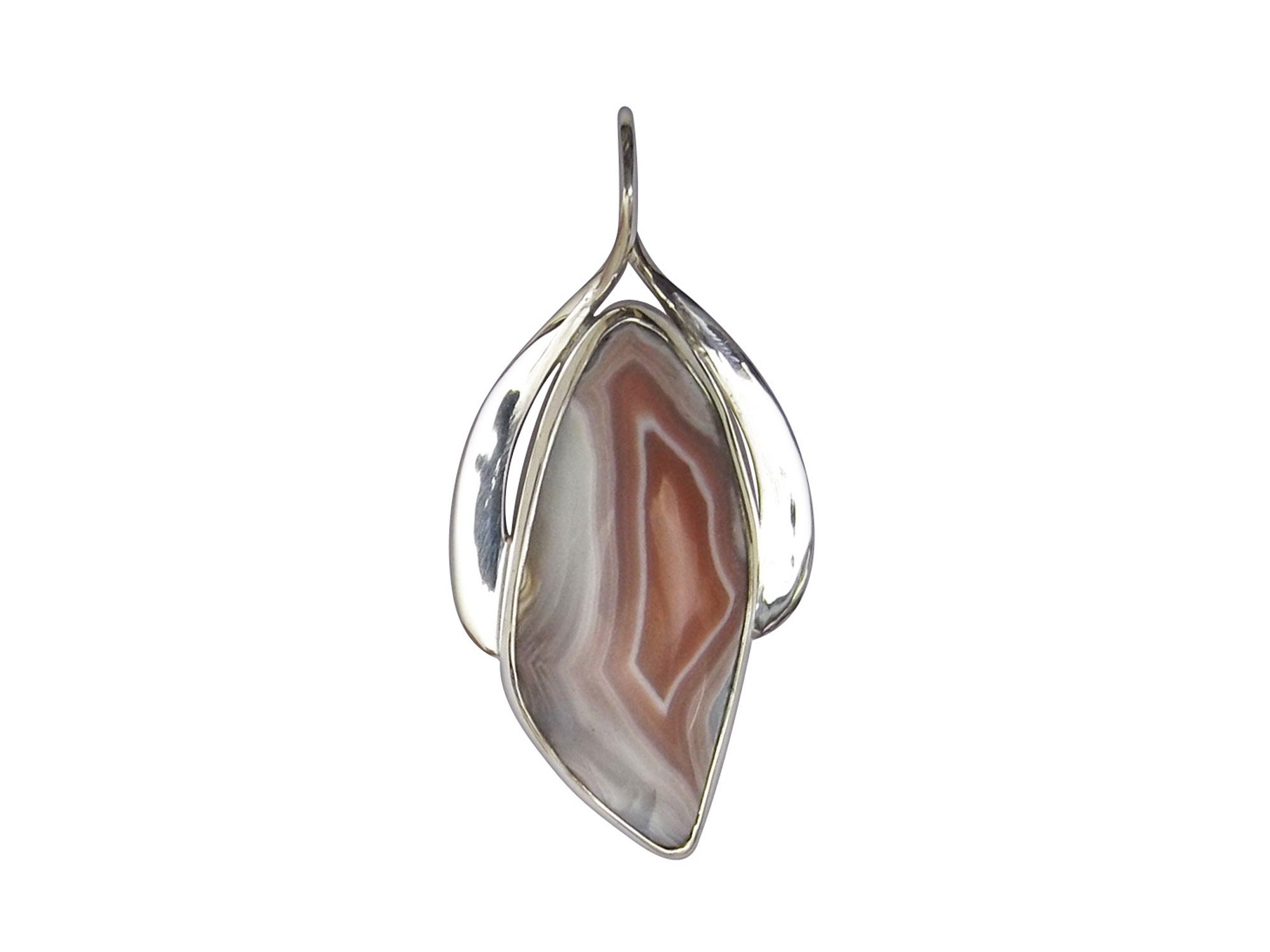 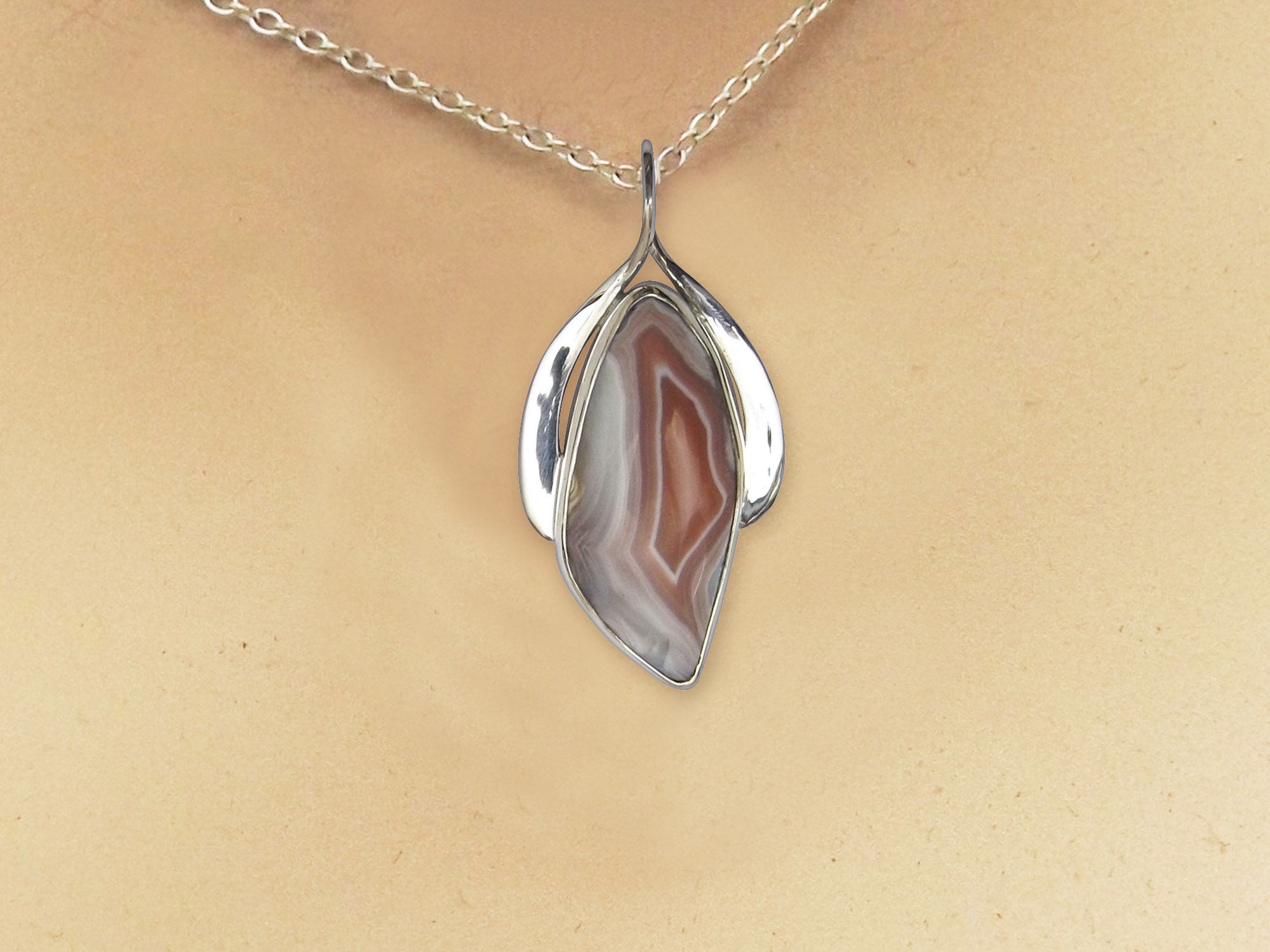 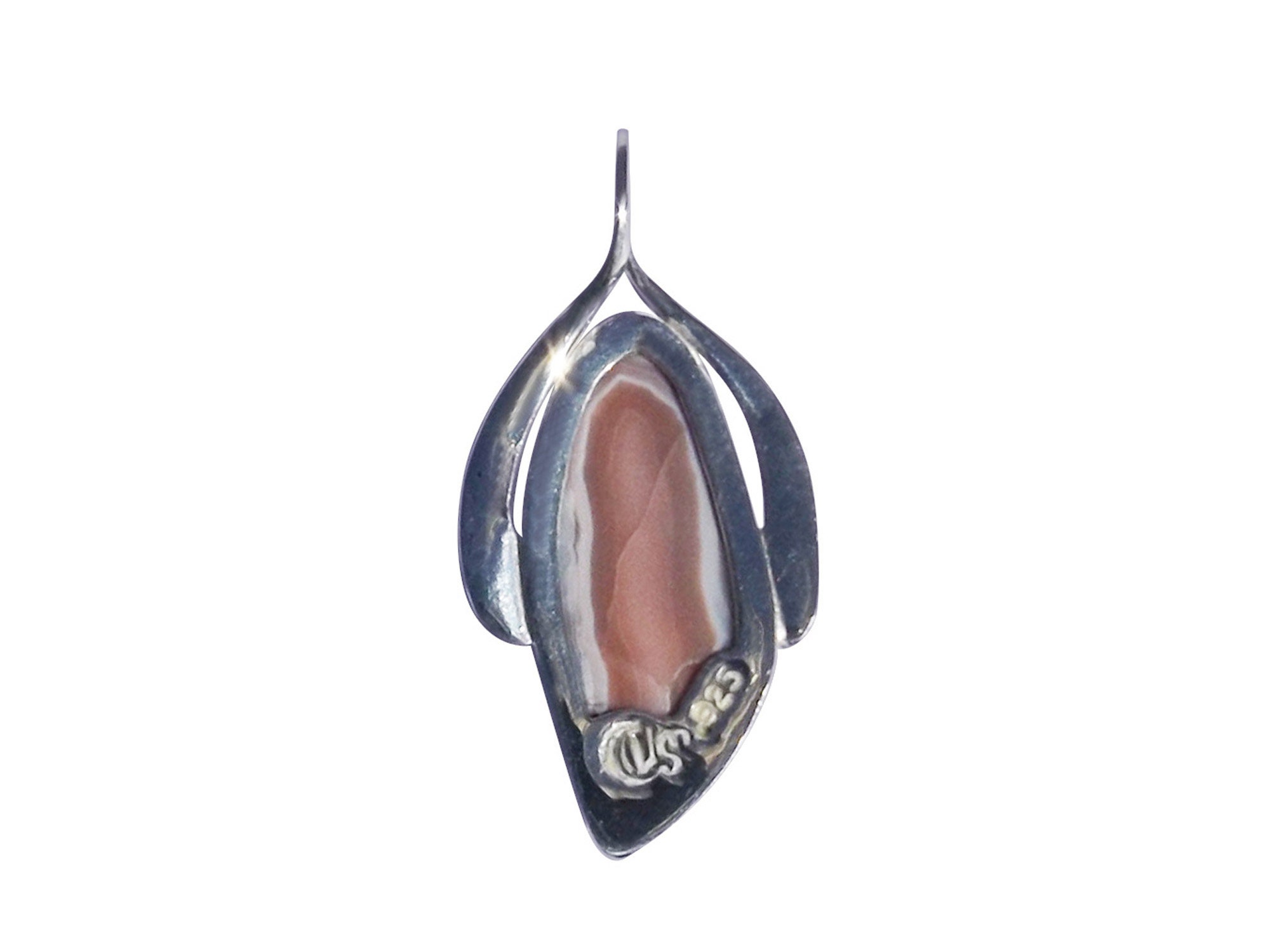 Lake Superior Agate and Sterling Silver Pendant, 43.0 x 21.1mm. This is a one of a kind (ooak) art piece. I personally hand cut the Lake Superior Agate gemstone which features very pretty banding, then hand forged the metalwork to create an original design.

Lake Superior agate is a type of agate stained by iron and found on the shores of Lake Superior. Its wide distribution and iron-rich bands of color reflect the gemstone's geologic history in Minnesota, Wisconsin, Nebraska, Iowa, Kansas and Michigan. In 1969 the Lake Superior agate was designated by the Minnesota Legislature as the official state gemstone.

Metiphysical: Lake Superior agate, stained by iron and found on the shores of Lake Superior. Agate is a soothing and calming stone that works gently and slowly bringing strength. Its healing properties connect with the Earth’s energy. It is one of the oldest healing stones on Earth.