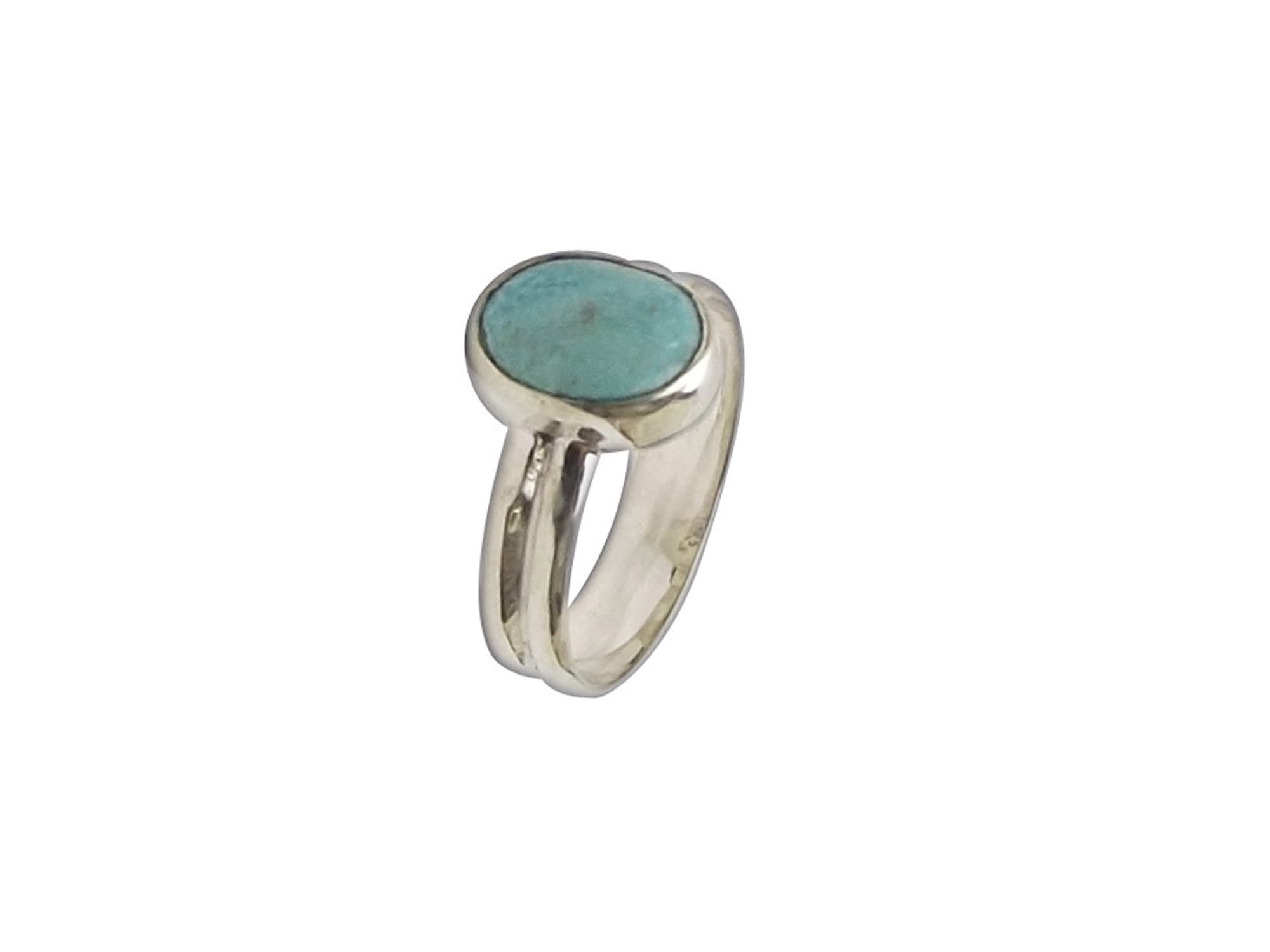 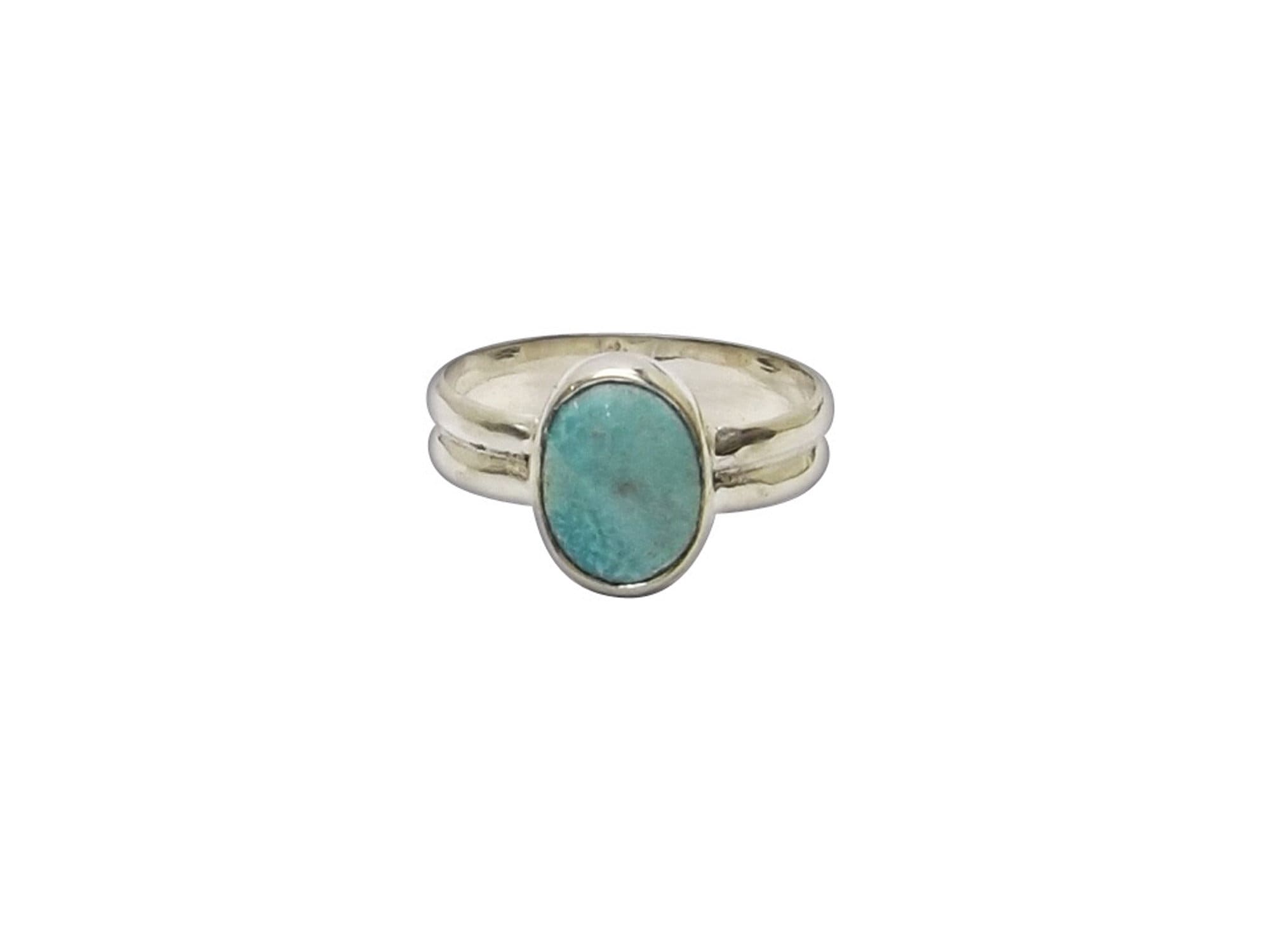 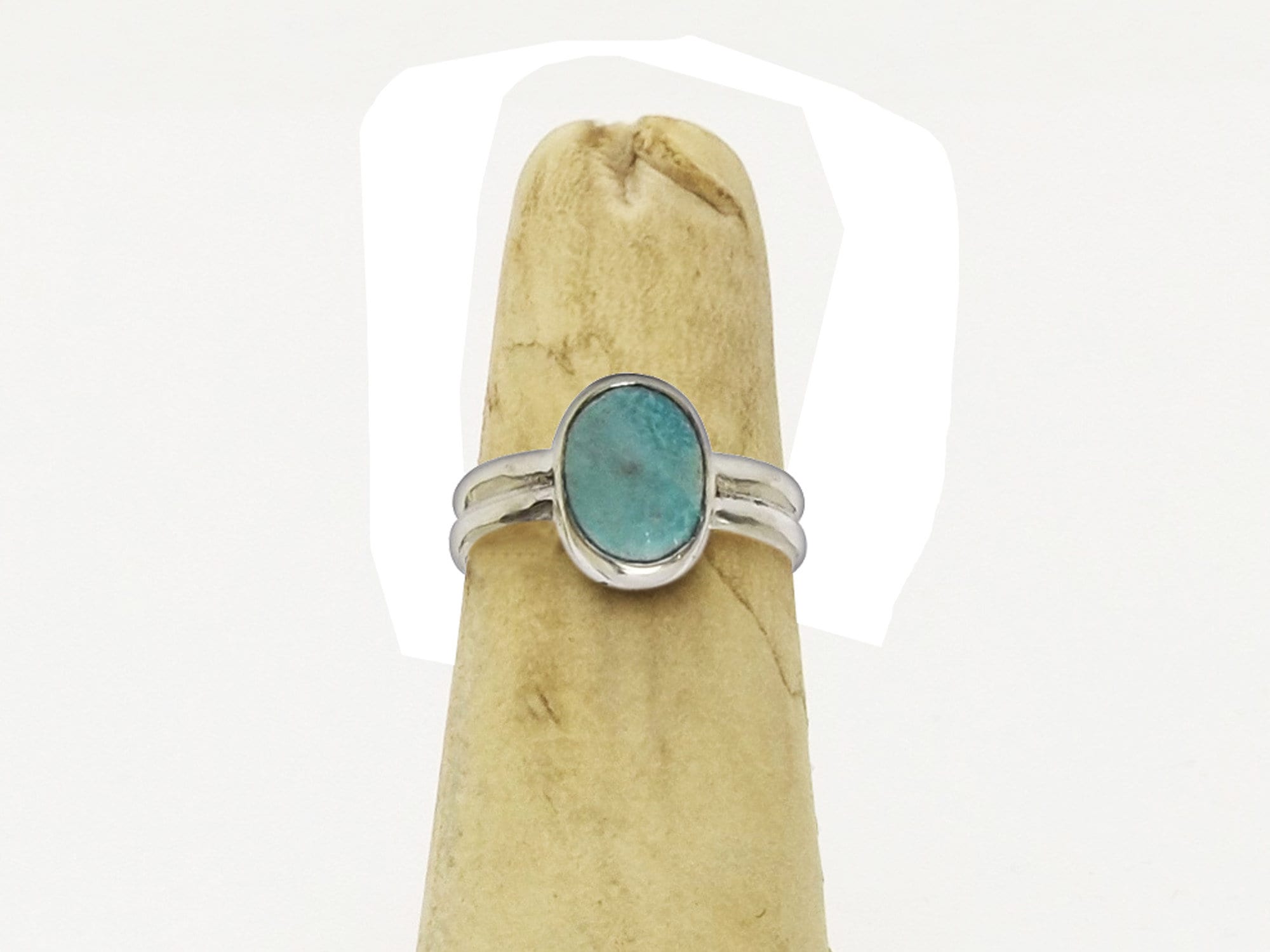 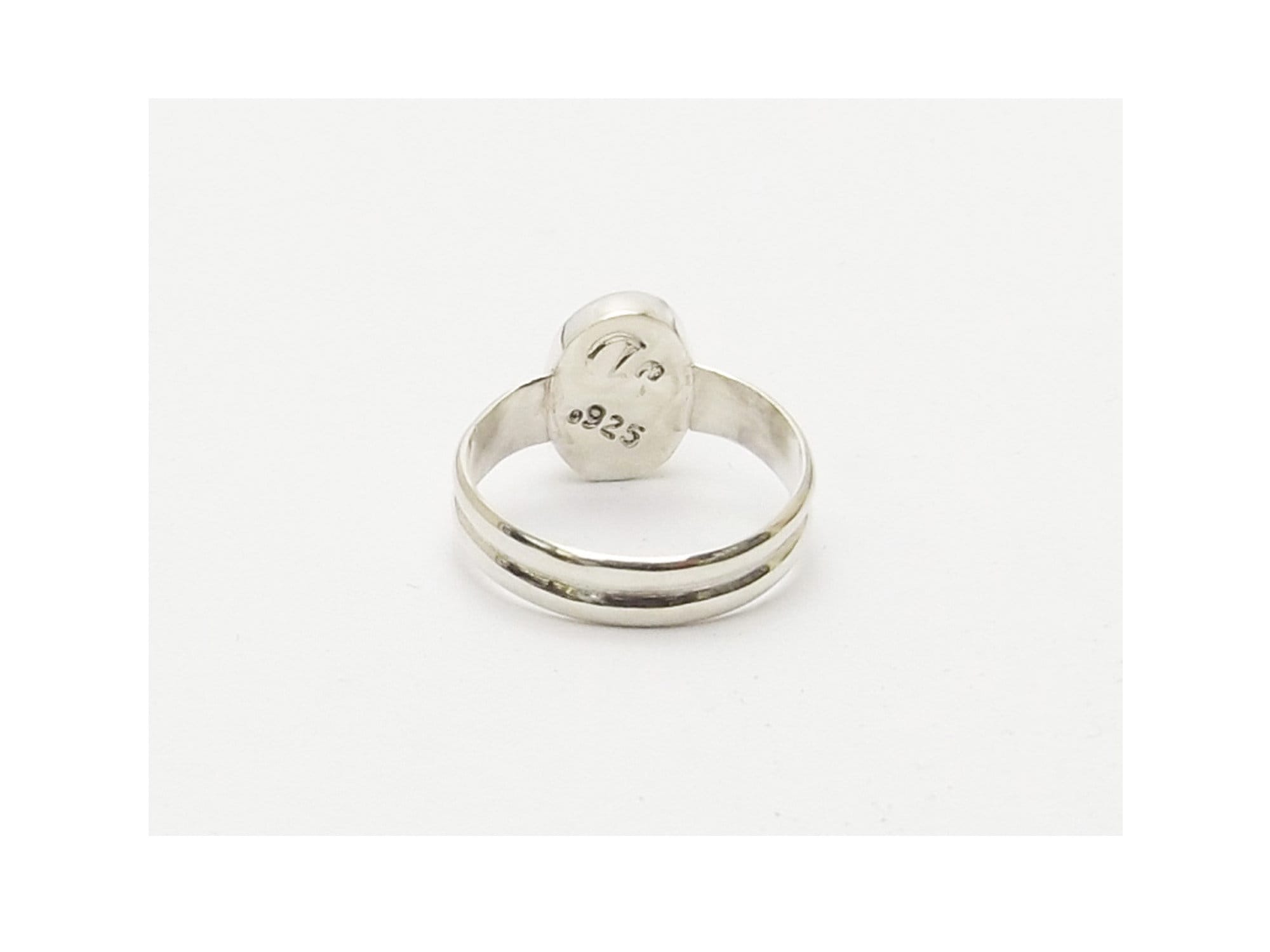 Turquoise and Sterling Silver Ring, size 6-1/4 This a hand crafted, one of a kind art piece, jewelry that makes a fashion statement. I personally cut the turquoise cabochon, then hand forged the sterling silver to take advantage of the beauty of the stone.

Turquoise is found in Brazil, Mexico, Peru and the United States.
Also found in Australia, China, Egypt, Russia and Tibet. This turquoise comes from the Kingman mine in Kingman Arizona, generally considered some of the most sought after turquoise in the world.

Turquoise has a long history as a popular gem material. Turquoise was brought to Europe from Turkey via trade route. Turquoise comes in a various shades of blue, green and blue green including sky blue and apple green. Color depends on the ration of copper to iron. Copper contributes to blue color while iron turns the blue to green. Turquoise is often found where copper deposits exist. The best color of turquoise is partly a matter of taste. In the United States the sky blue tint known as robin's egg blue is preferred by many. Turquoise is a stone of timeless appeal in any of its colors.