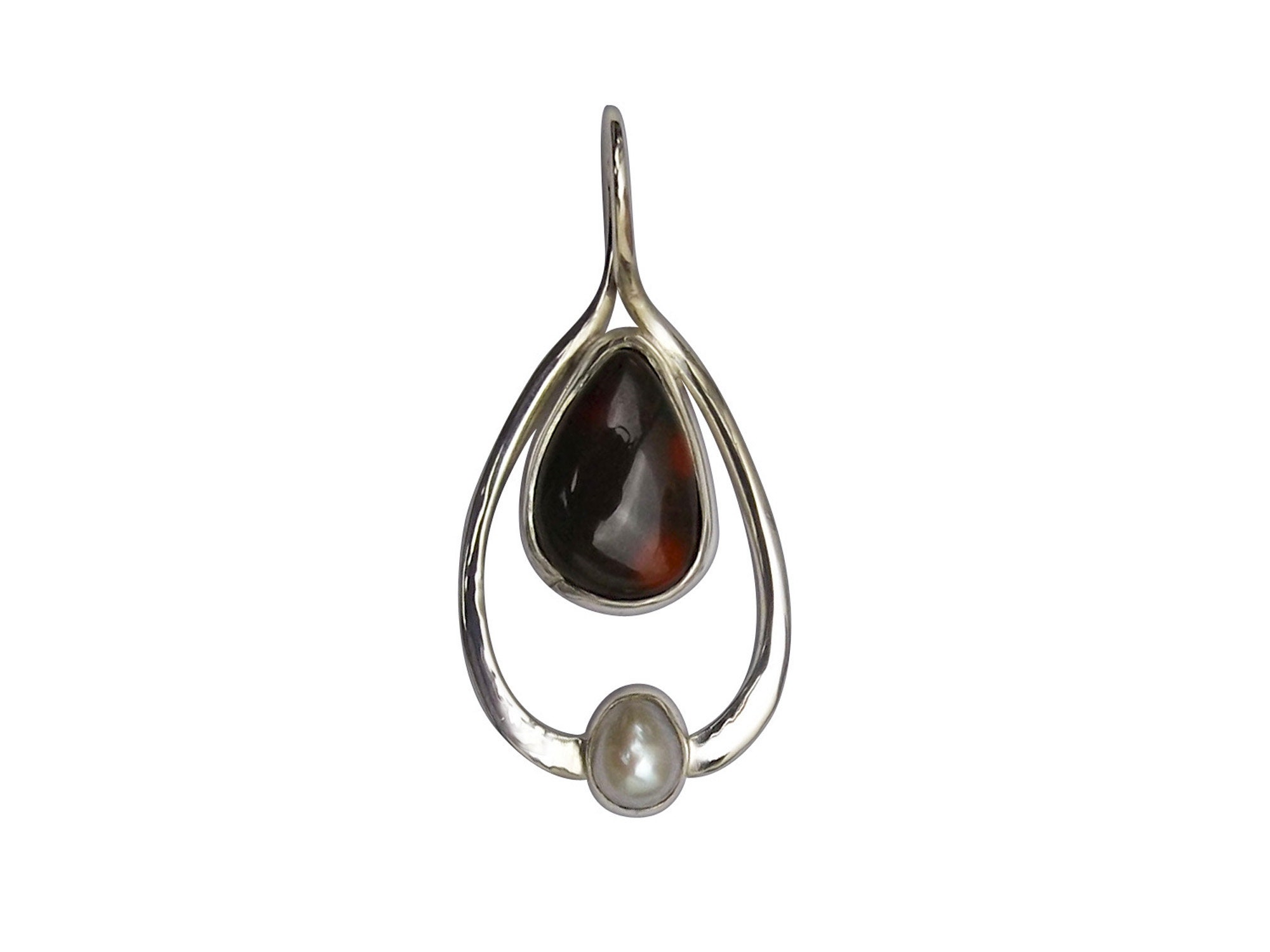 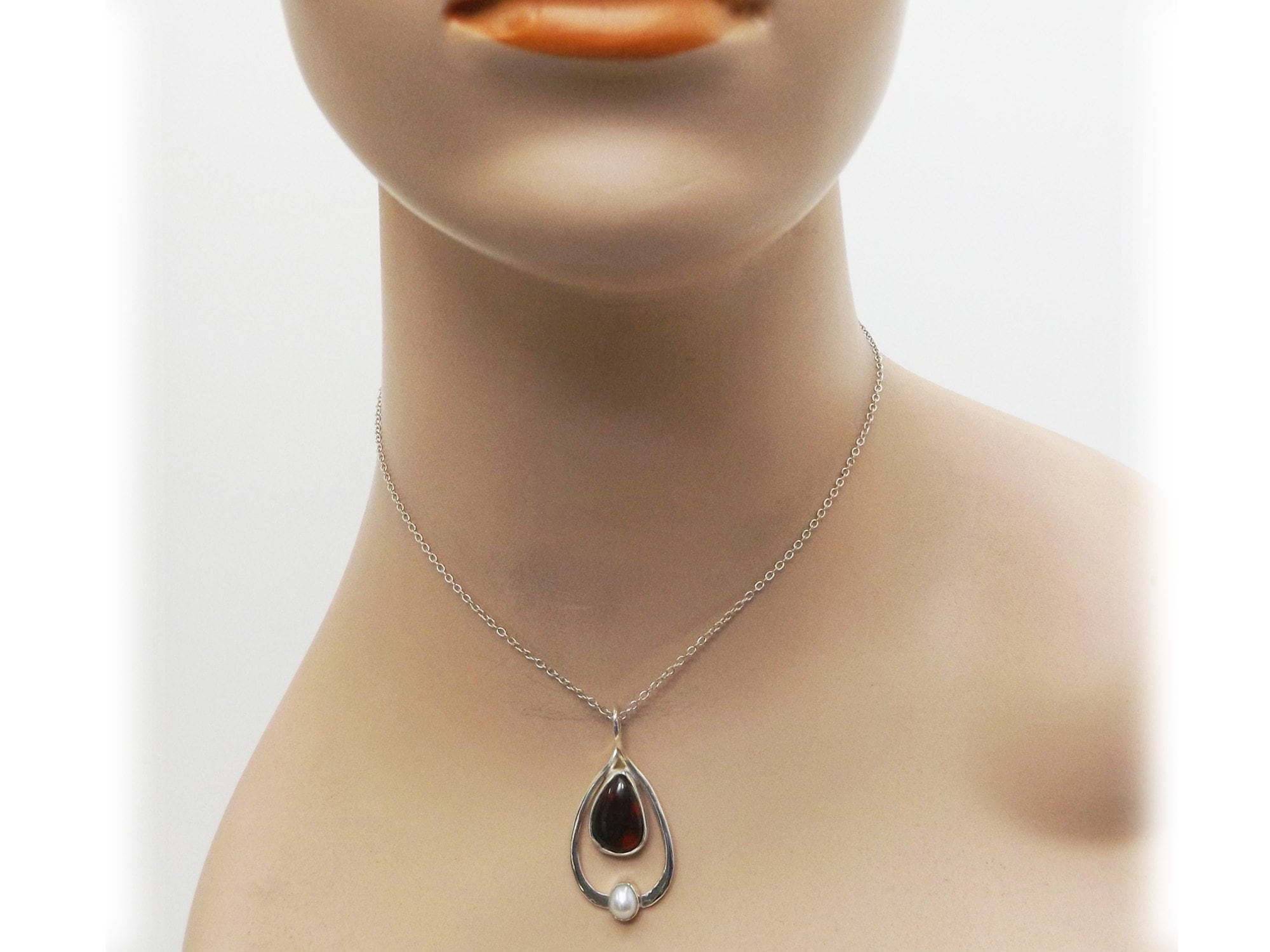 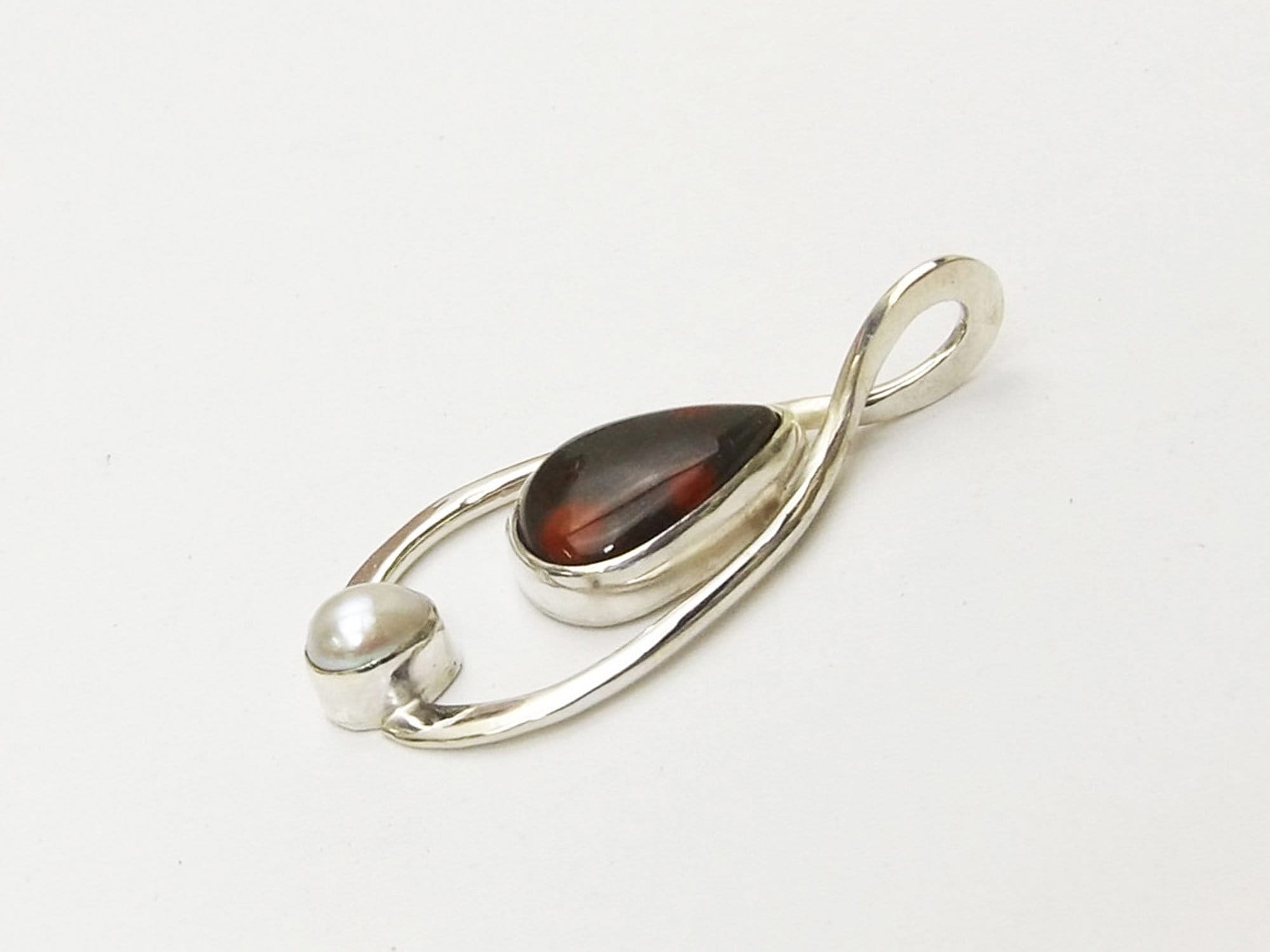 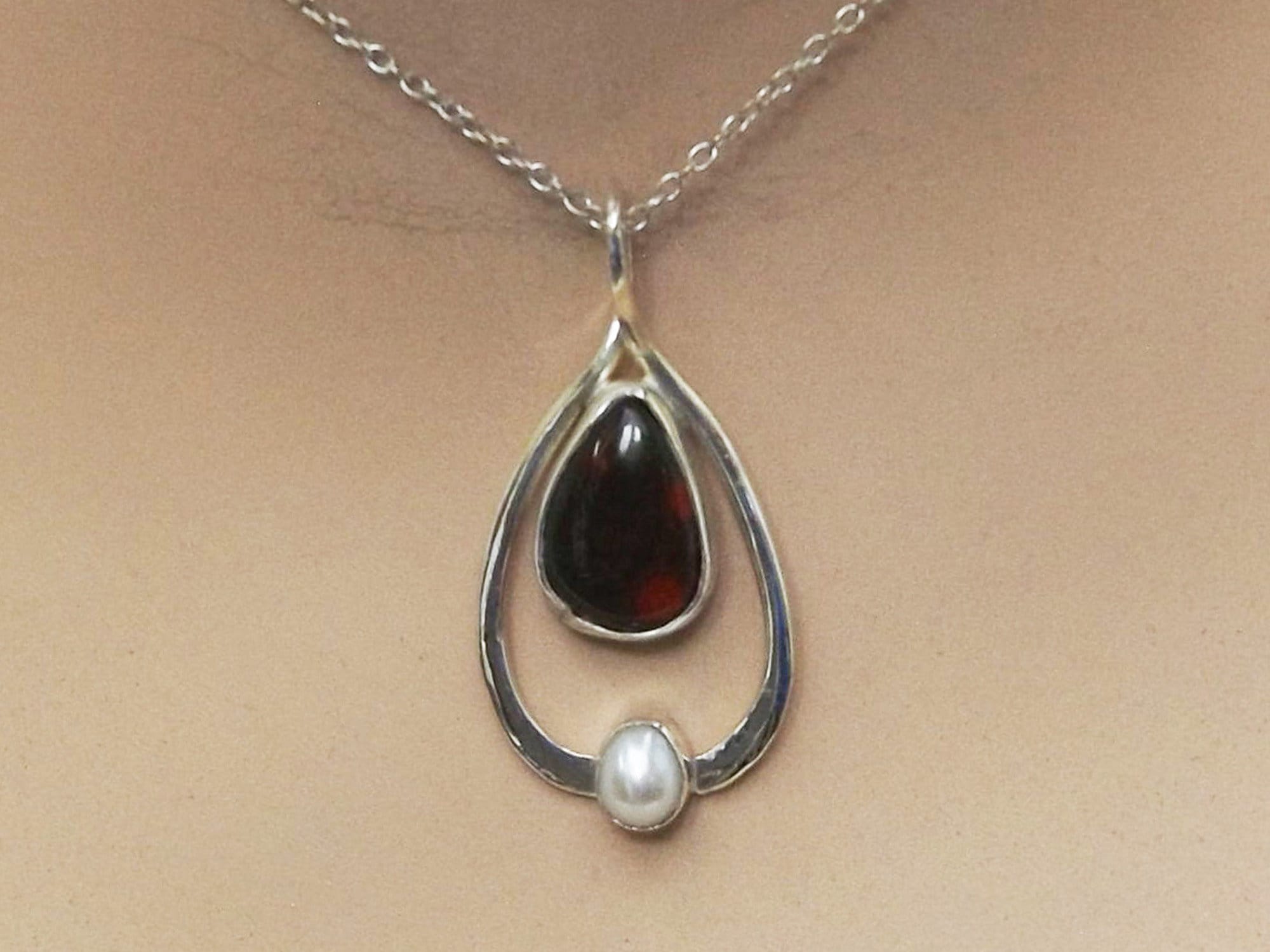 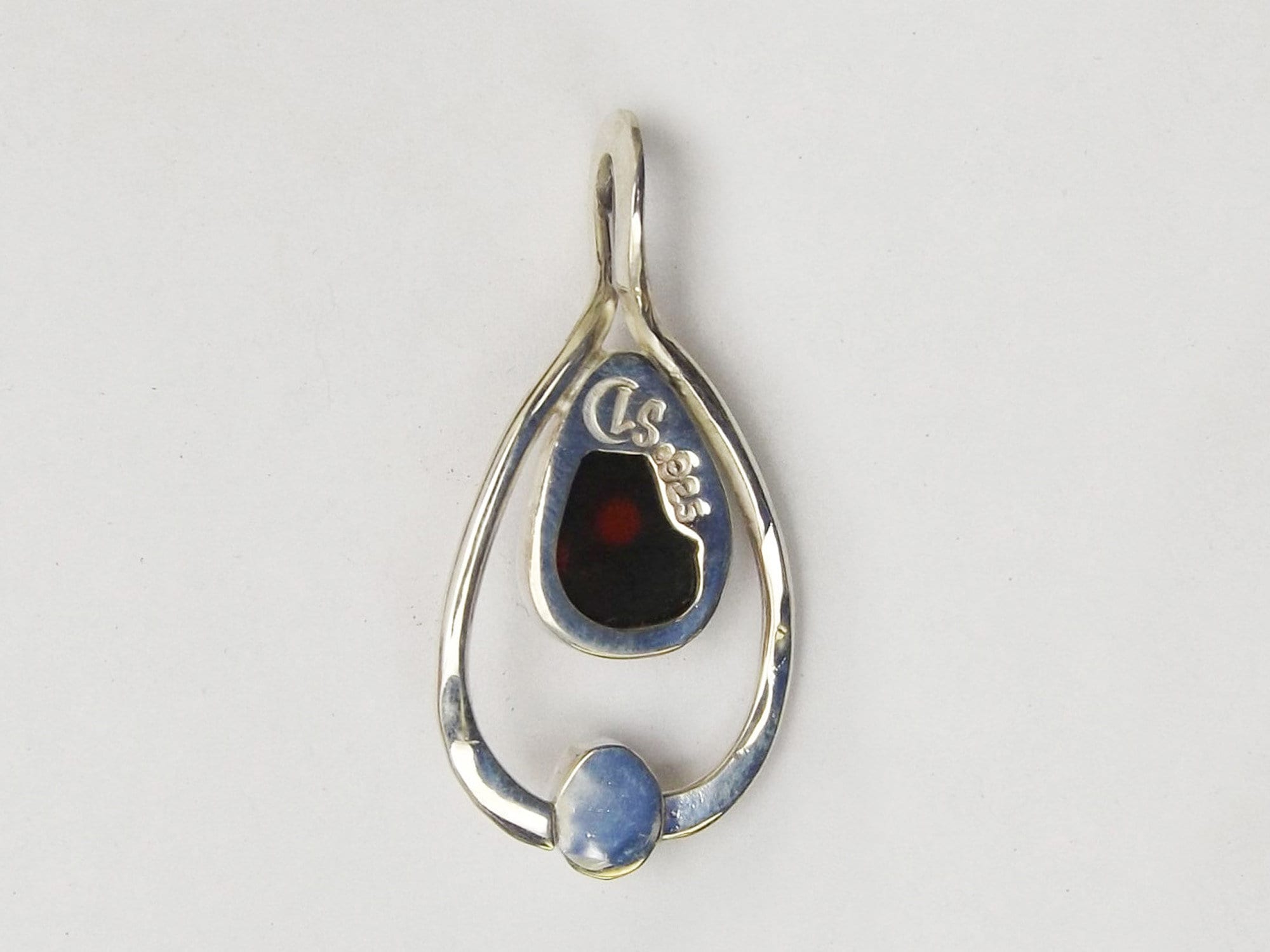 Bloodstone and pearl sterling silver pendant, 41.4mm x 19.6mm. This is a one of a kind (ooak) art piece. I personally hand cut the Bloodstone gemstone, then hand forged the metalwork to take advantage of the beauty of the stone, adding a fresh water pearl as an accent.

Bloodstone (also called heliotrope) is green with distinctive red spots that resemble blood, giving this stone its name. The most common legend though describes this stone as having come about when a few drops of Jesus’ blood fell onto some green stones placed near the foot of the cross, on which he was crucified. The red spots seen on the surface of the stone are supposed to be the bloodstains of Jesus. It is for this reason that it is also called the martyr’s stone.

Mystical Properties:
Traditionally bloodstone is told to have the power of prediction future events, by causing meteorological extremes which are meant to announce the forthcoming event. It is told that it's power may be enhanced by placing it in water and putting that water into direct sunlight.

It is said to help with calming, particularly in survival situations. It brings mystical energies of increasing adaptability and organization, and lessening confusion and anxiety.