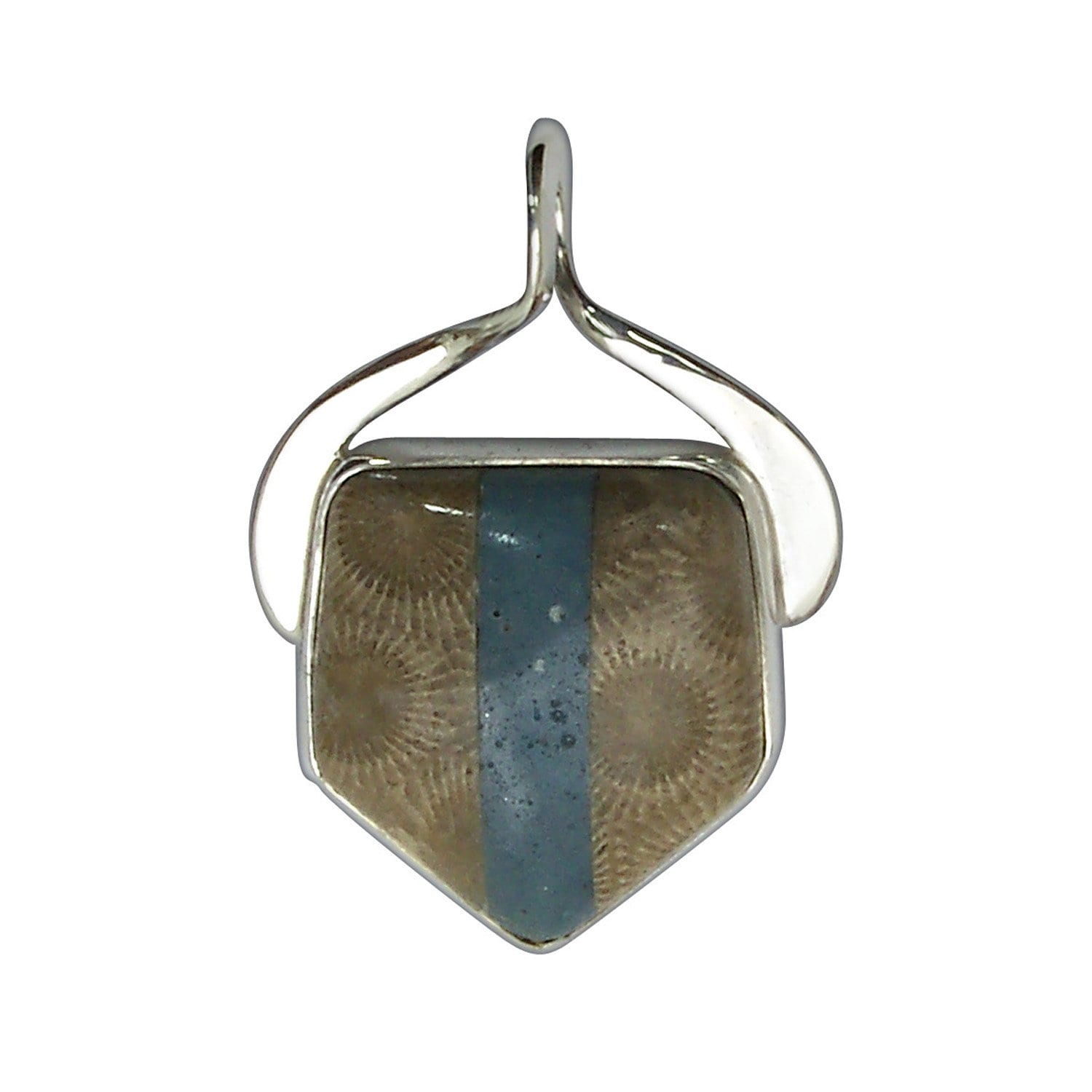 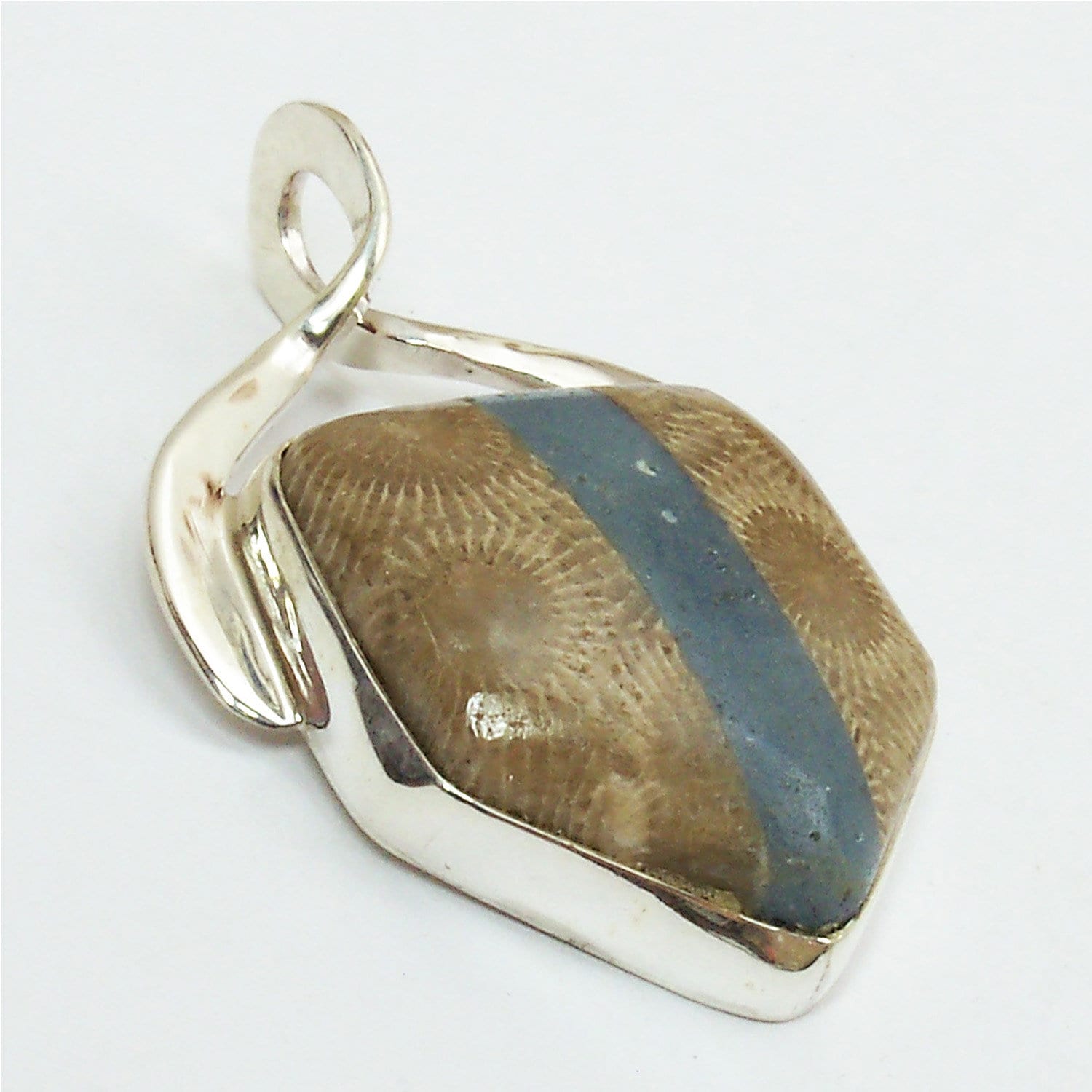 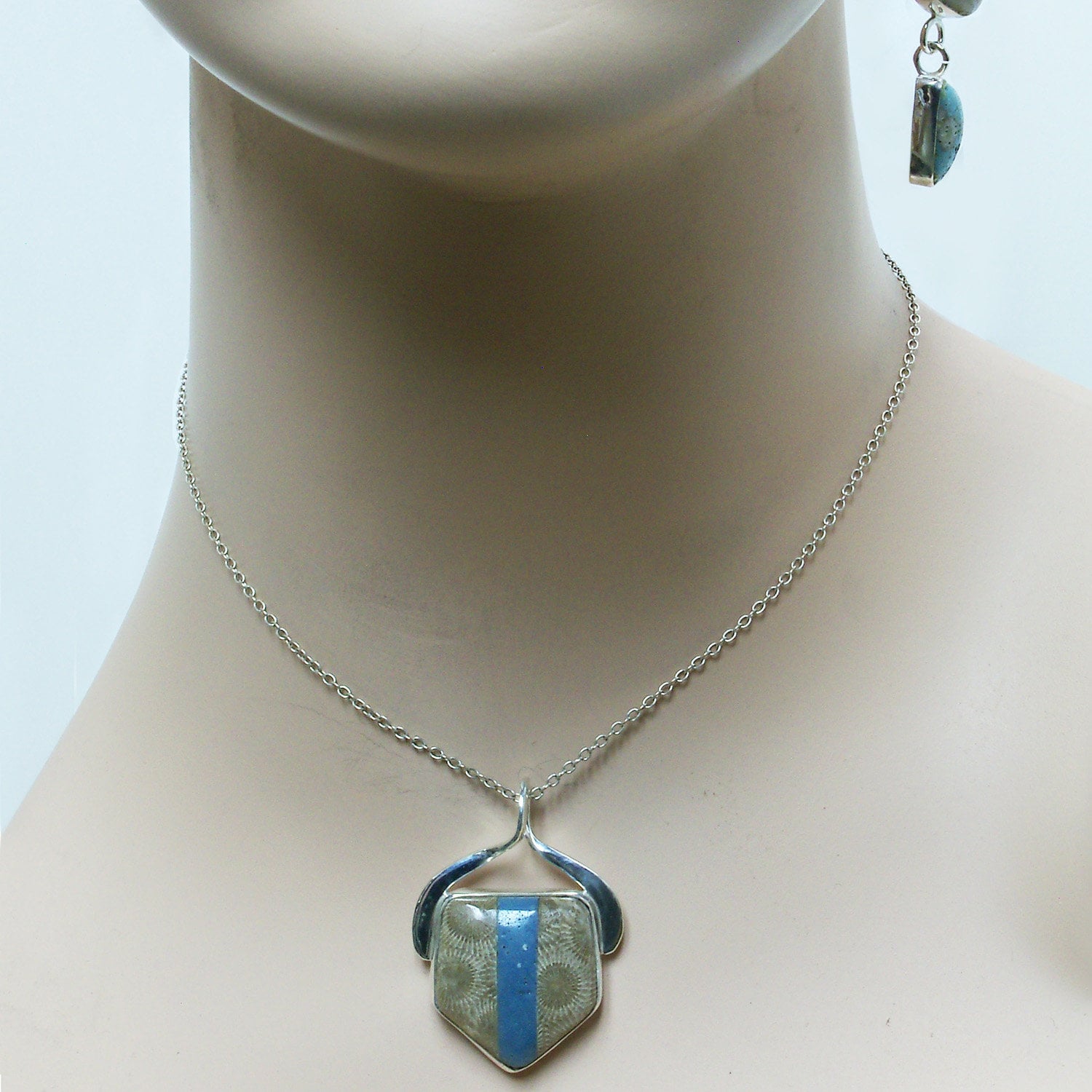 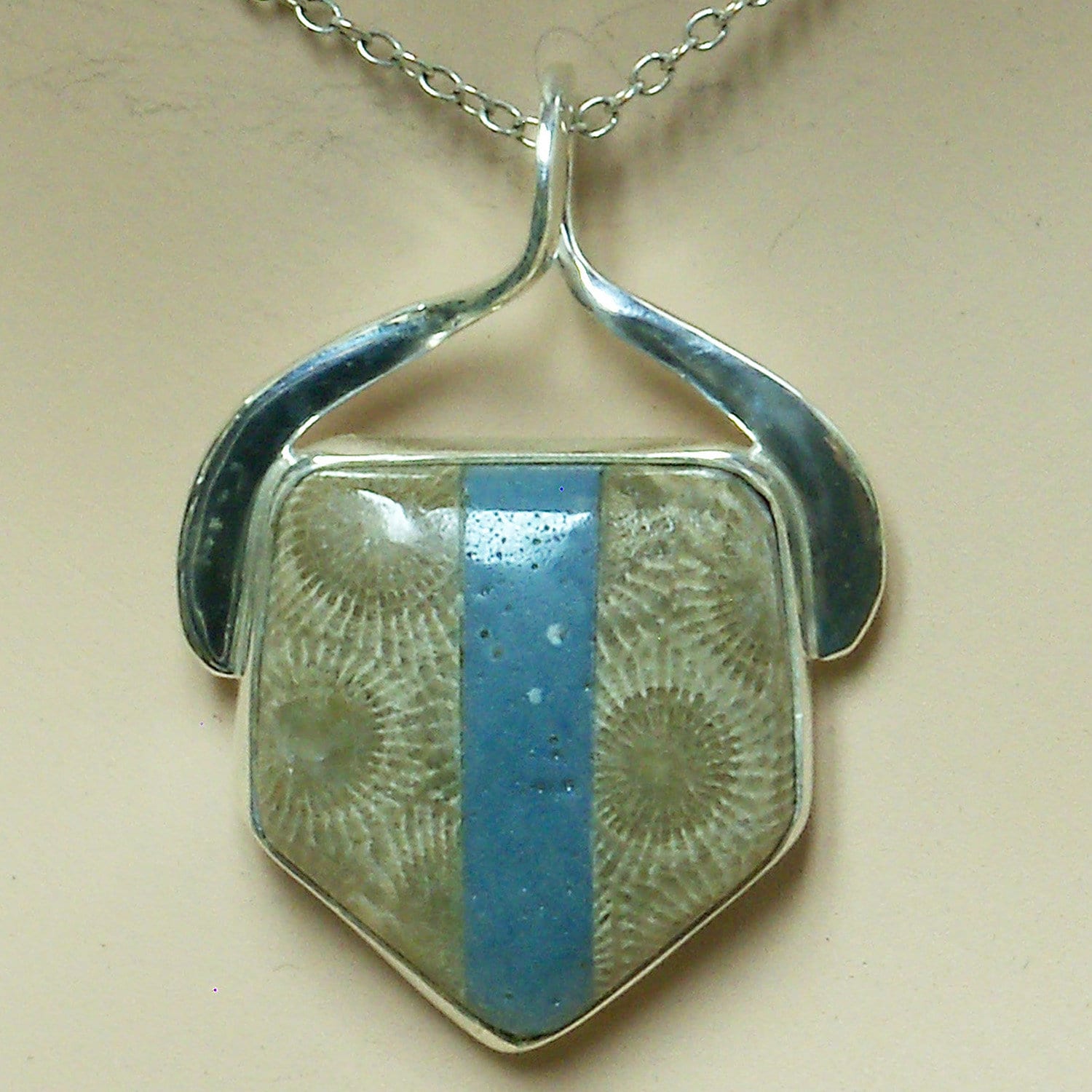 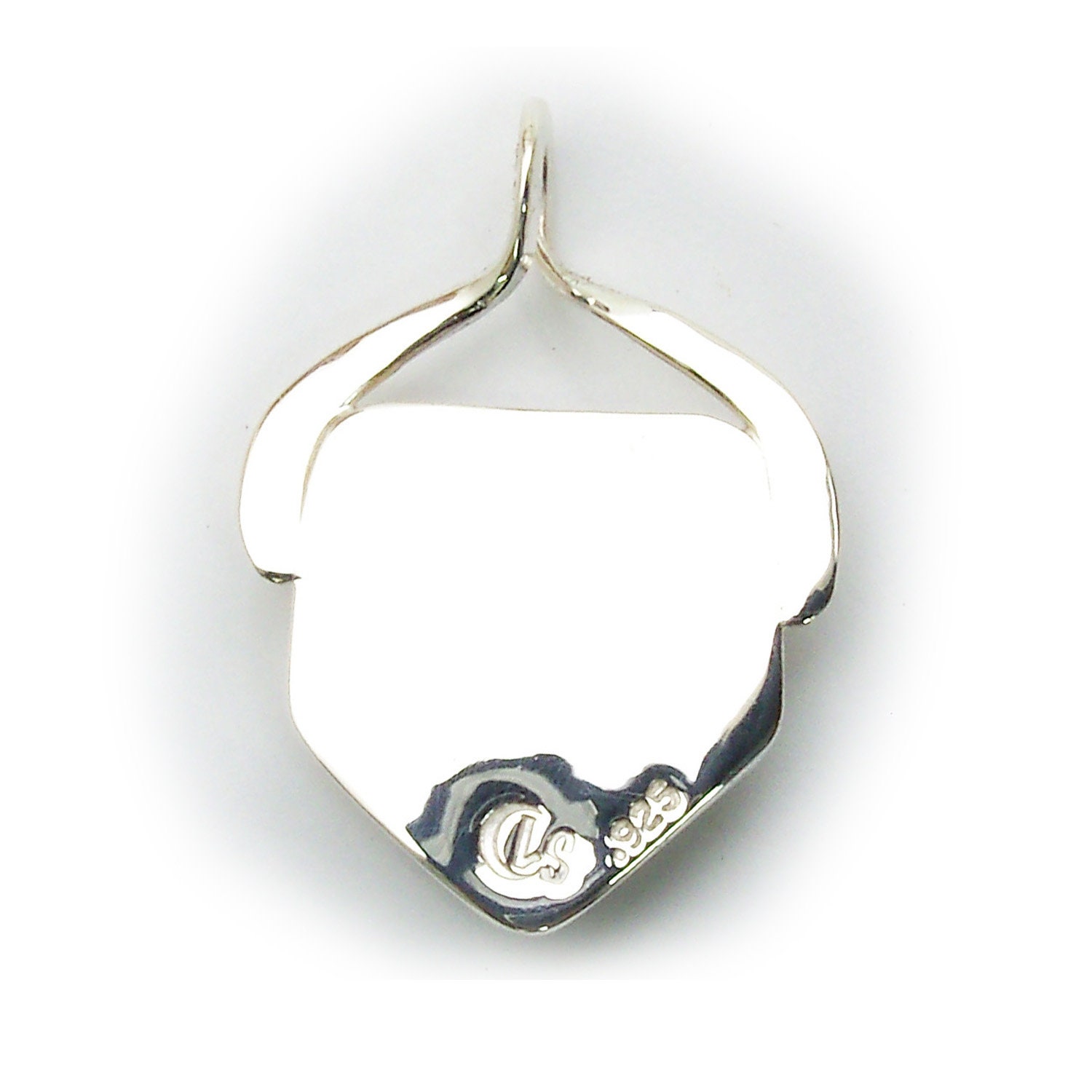 Petoskey Stone and Leland Bluestone Intarsia Pendant set in Sterling Silver, Hand Crafted, One of a Kind, 39.8 x 28.3mm. This is a one of a kind (ooak) art piece. I personally hand cut the Intarsia cabochon which I created by fusing Postokey Stone and Leland Bluestone rough materials. I hand forged the metalwork to take advantage of the beauty of this gemstone. I've hired a model so you can see how the pendant will look on you. Heady Leland, my model, promises not to leave any trace of humanity on the jewelry :0)

From 1870 to 1885, Leland, Michigan was a smog-filled industrial town, the main industry was conducted by the Leland Lake Superior Iron Company. The smelting industry failed due to large overhead costs and the lack of a good harbor in Leland, the remains of the industry, including heaps of slag, were dumped into the harbor. Slag is a byproduct of the smelting process: raw ore is heated, and the desired iron ore is separated from various natural impurities. When those impurities cool, the result is stone-like slag. Leland Blue is the mixture of blue glass with other chemicals — but the varying chemicals can also cause the slag to appear purple, gray, or a shade of green. Today, people find this slag material on the shores of Leland’s beaches.