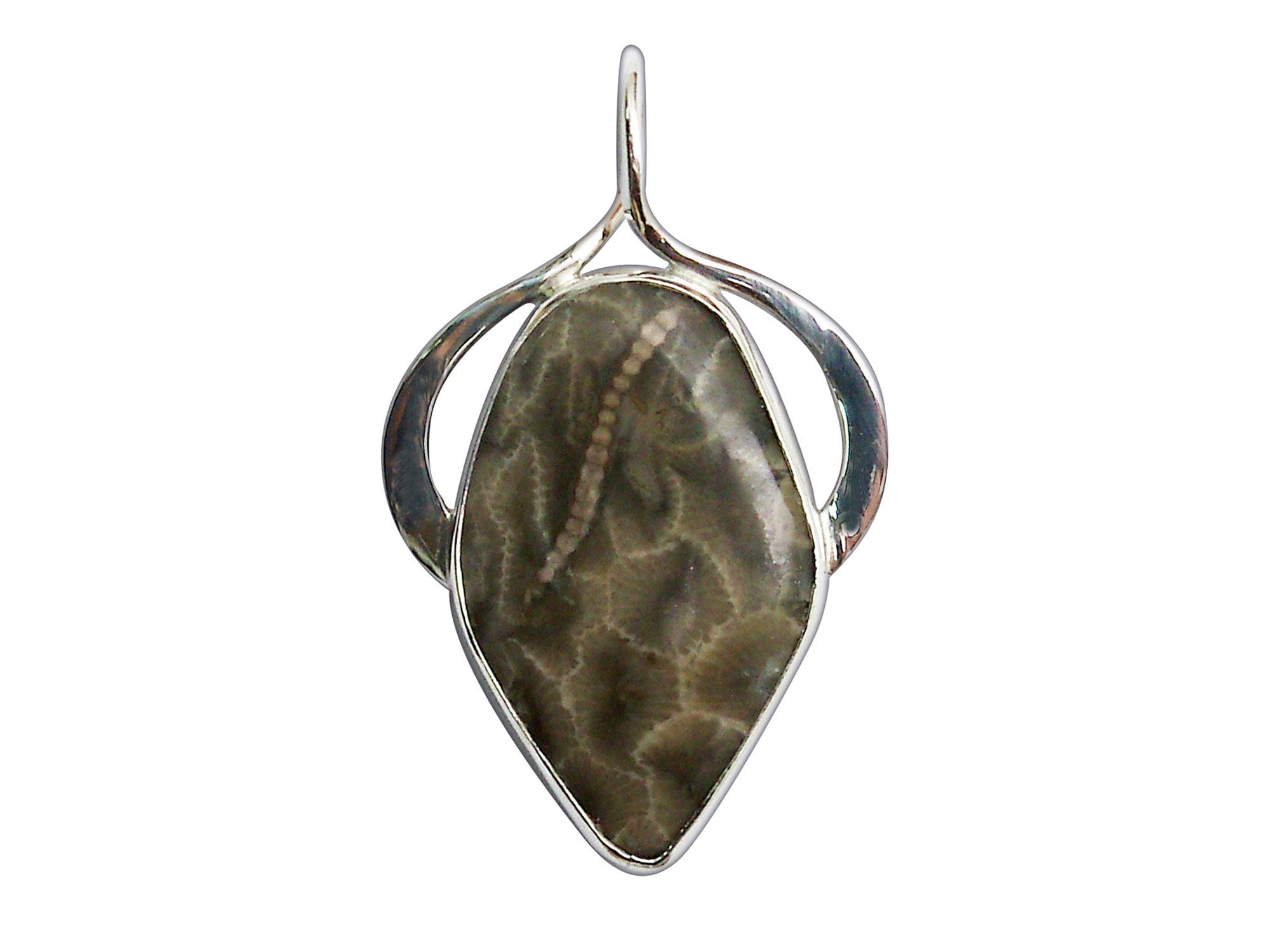 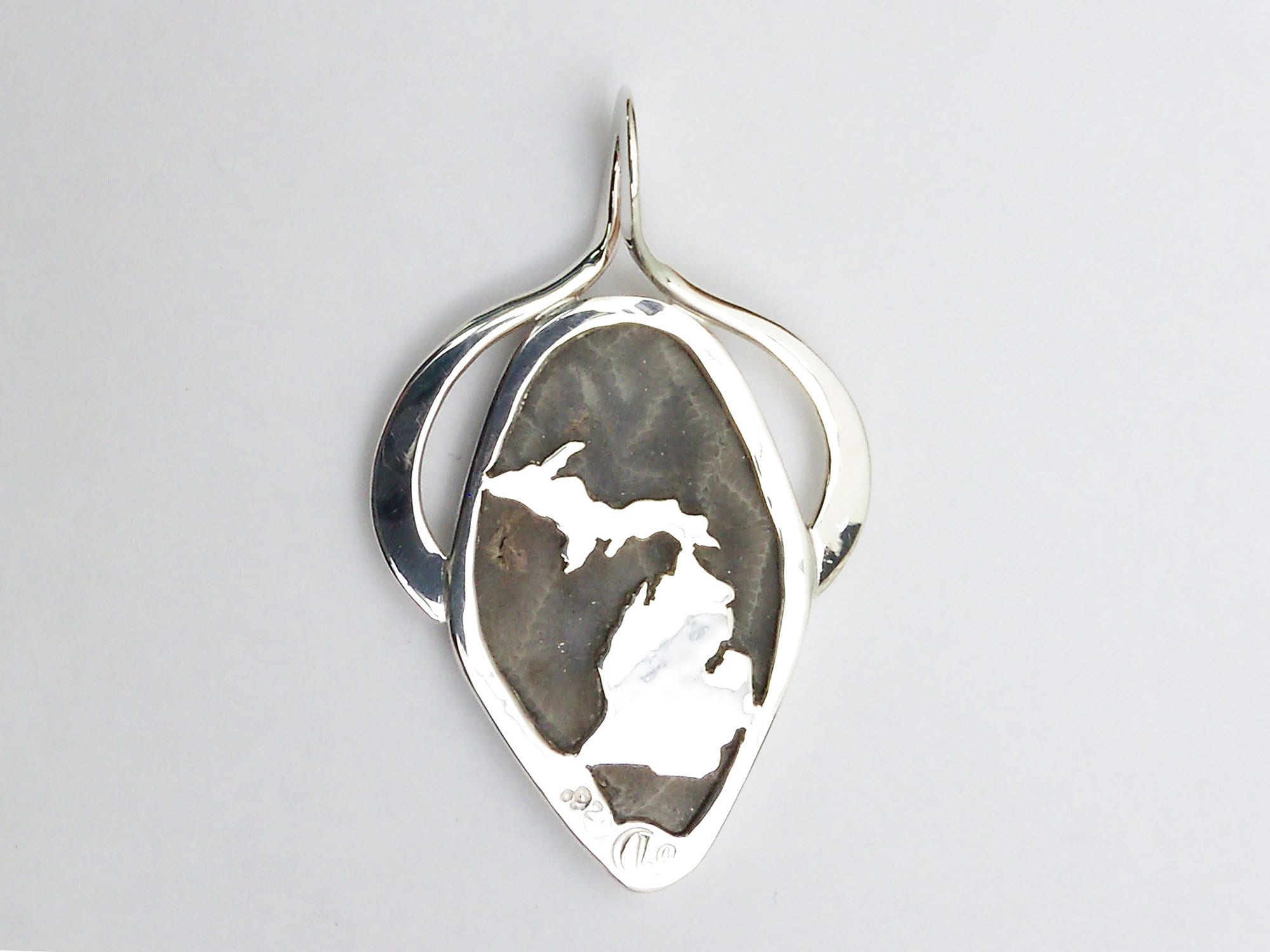 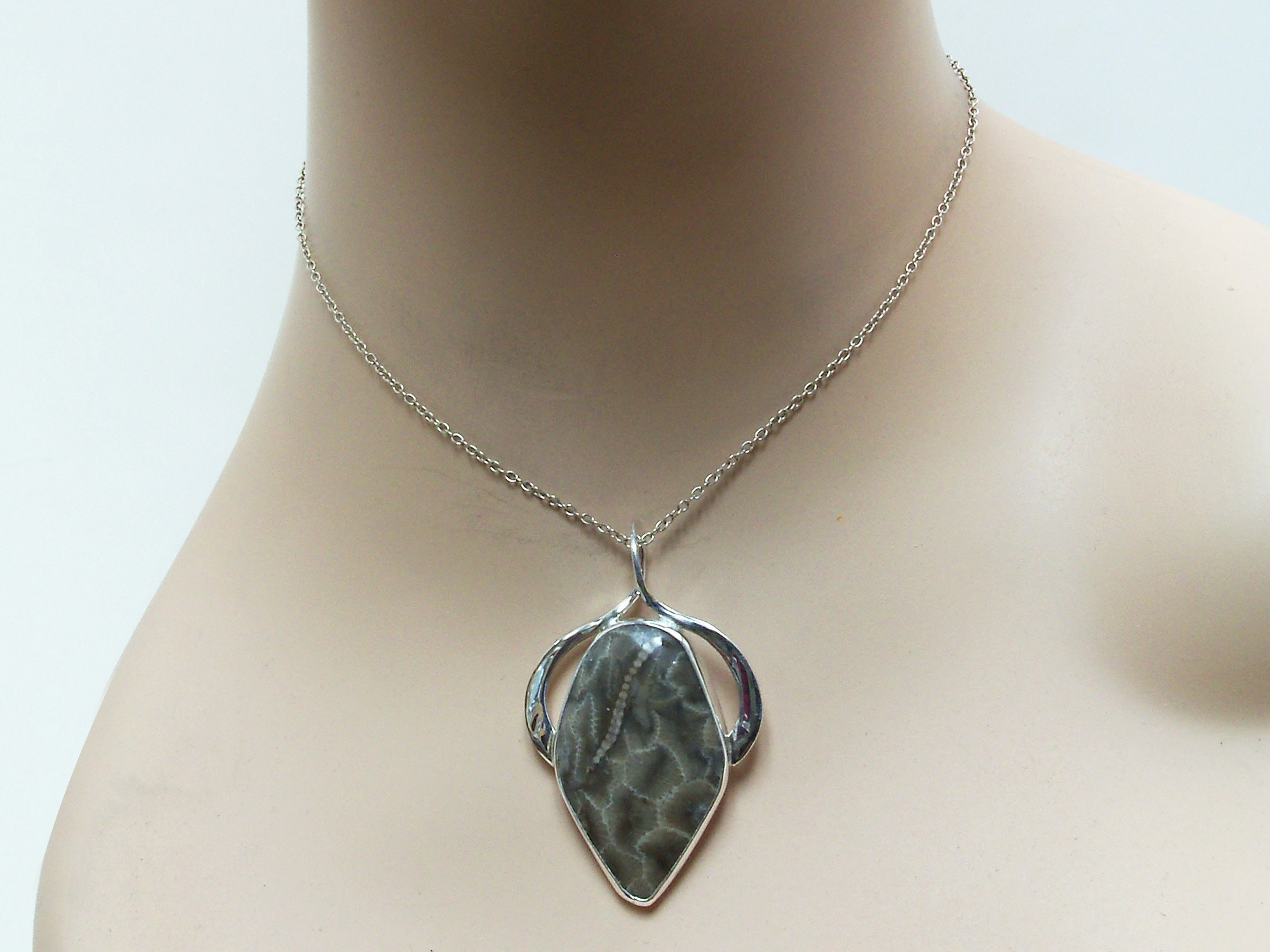 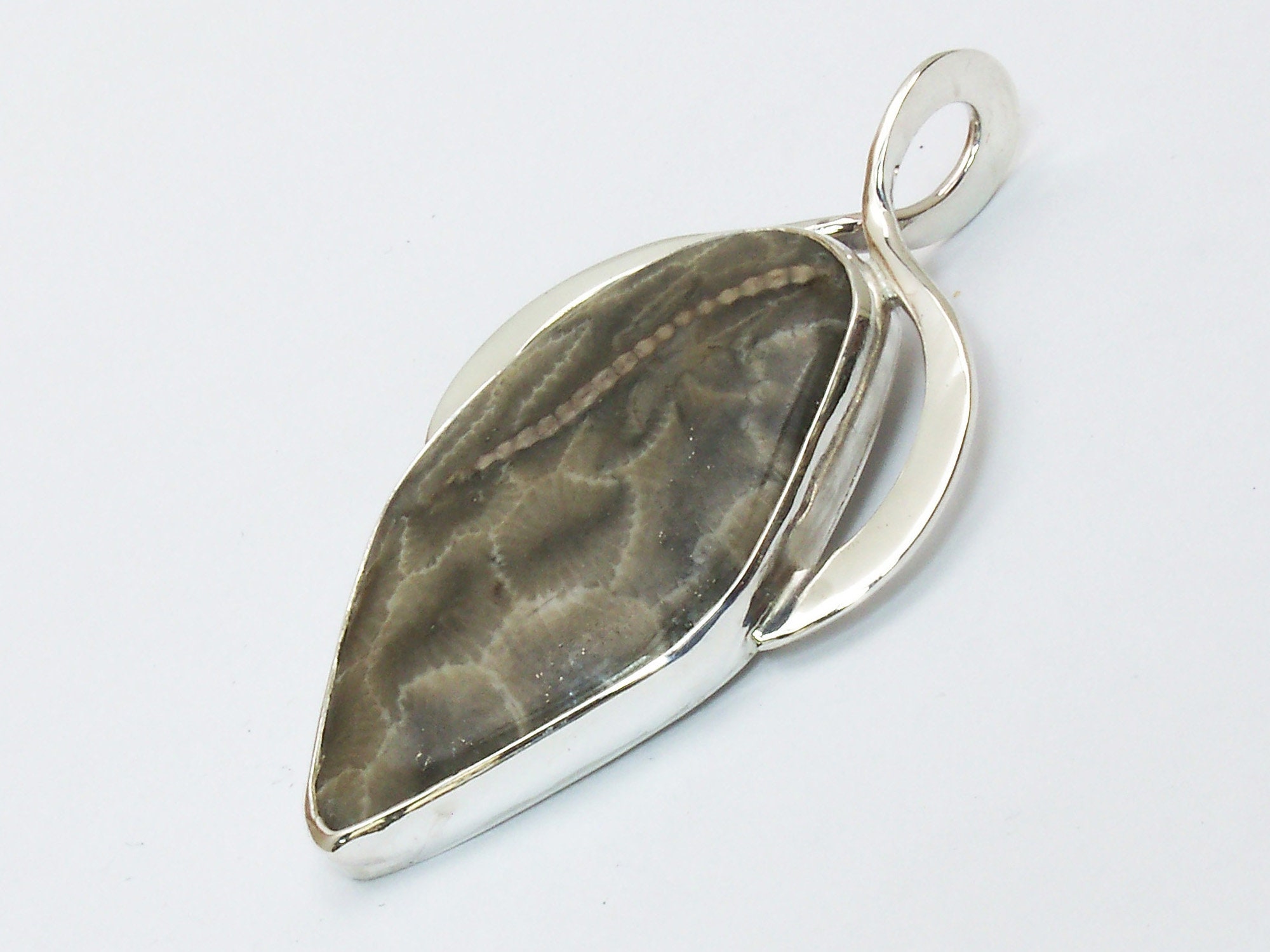 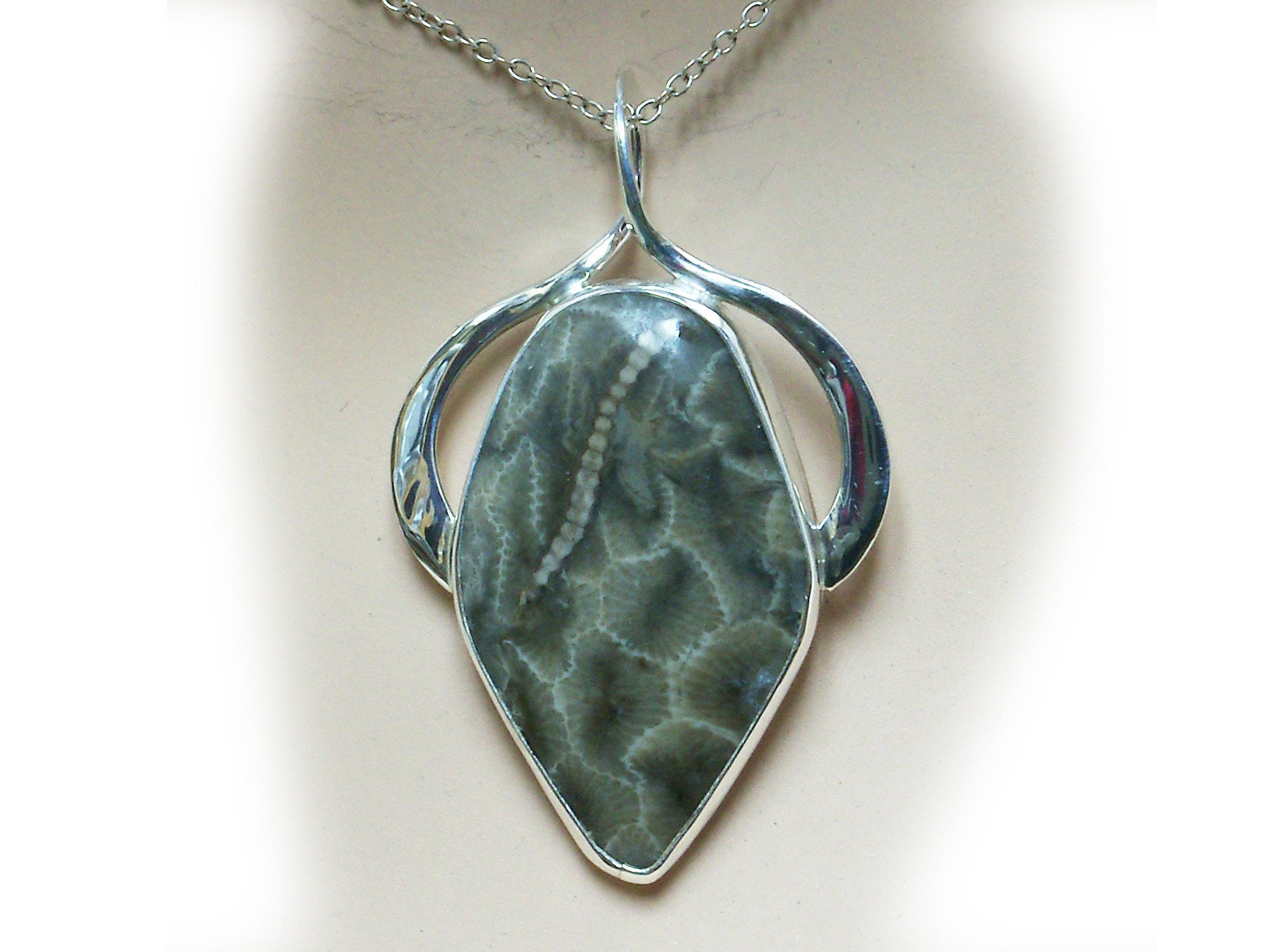 Petoskey Stone and Sterling Silver Pendant, 54.78 x 34.14mm. This is a one of a kind (ooak) art piece that features a stone like no other anywhere. I personally hand cut the gemstone from rough material and was amazed by what I found. Trapped in the fossil coral that comprises Petoskey stone was what appears to be a meal worm, a fossil in a fossil. I continued cutting being careful to preserve the worm. I then hand forged the metalwork to take advantage of the beauty of this very unique gemstone. In the back of this pendant I've cut out the shape of the state of Michigan. Put this pendant on your favorite chain or use it combined with beads to make a one of a kind necklace. The great thing about Petoskey stone is the neutral color. It goes well with most any outfit.